ESP member Dr. Bulat K.Yessekin, a senior expert on water, environment and climate change and also The National Coordinator on sustainable development of Kazakhstan for UN from 1998 to 2012 has recently written the following report titled “SDGs: What’s wrong and what do we need to change”.

SDGs: What’s wrong and what do we need to change

The Sustainable Development Goals (SDGs) adopted in 2015 at the UN level are today the global community’s response to the challenges that humanity’s facing in the 21st century, including poverty, diseases and environmental degradation. 17 SDGs and 169 tasks have replaced the previous 8 Millennium Development Goals (MDGs), which were adopted in 2000 upon the initiative of developed countries as the basis for official assistance to developing countries. Today, almost all countries have pledged to adopt programs to achieve the SDGs by 2030. 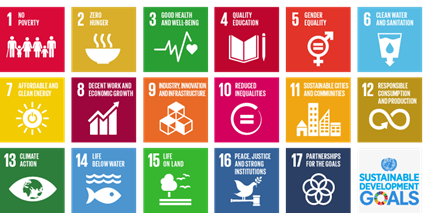 Over the past 5 years, countries and international organizations have prepared many reports on the implementation of the SDGs, as well as forecasts and recommendations for the future. At the same time, many experts express doubts about the attainability of the SDGs for a number of reasons. 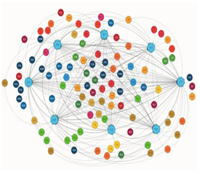 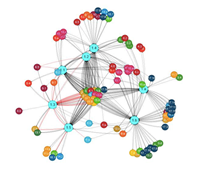 The full implementation of the ecosystem approach requires a different management system, and the localization of SDGs based on ecosystems makes it possible to establish exact and reasonable values ​​for all the goals and gives a clear understanding of how exactly the various sectoral goals (water, energy, food, poverty, education, etc.) are logically, spatially and quantitatively interconnected. It creates the basis for the full integration of the actions of various economic players. As in the human body, where all the vital systems are interconnected and have precise parameters that are important for life and health, the localization of goals must be taken not within administrative boundaries, but on the basis of natural ecosystems, indivisible into administrative boundaries, taking into account a complex but stable system of connections between wildlife and all environmental components. Only with this approach, the goals and actions of various economic programs, conflicting in the current management systems because of their imaginary independence, will take their place in the common system of natural and technological processes and create synergy to achieve the SDGs. The ecosystem approach also allows for the integration of public health objectives related to the disruption of the natural balance in order to avoid future pandemics.

For the Kazakhstan conditions (as for many other countries), management should be based on ecosystems of river basins, representing integral natural complexes covering the entire territory of the country, the state of which is the basis and the main limiting factor for economic and social development. An example of localizing SDGs based on an ecosystem approach in the Balkhash-Alakol basin is shown below.

The example of localizing SDGs based on an ecosystem approach

The Balkhash-Alakol basin is proposed as a model for transforming of the long-standing problems into opportunities for sustainable development. The basin is one of the world’s largest lake ecosystems with an area of ​​512 thousand km2 – more than GB, Holland, Denmark, Switzerland and Belgium all together.

As the entire and indivisible system, it is an integral organism with its population, industries, water, land, and mineral, biological and other resources, transport, and energy and tourism infrastructure. At the same time, Lake Balkhash itself plays the role of a unique and irreplaceable natural regulator of ecological balance, supporting the life of more than 50,000 rivers, lakes and watercourses that regulate the climate and support biodiversity and provide water to industry, population and agriculture, energy facilities and public utilities. The basin contains 12 types of ecosystems (from glaciers to deserts), reserved areas and natural parks – with the territory of more than 4,000 km2, including the state nature reserved area and the state forest, farmland and pastures – with the territory of more than 23.0 million hectares. The unused potential for a green economy in this basin includes renewable energy (more than 500 MW), shipping (55,000 tons of cargo/year), fisheries with a potential of more than 53,000 tons of fish products/year, sustainable tourism and others. At the same time, the lake itself plays a fundamental role in the natural cycle of the exchange of energy and substances, evaporation and precipitation, the flow of water over the surface and underground.

At the same time, due to the lack of integral ecosystem management, the basin continues to degrade: there are only 5 out of 16 lake systems remained, more than 150,000 km2 are deserted. According to McKinsey estimation, water deficit in the basin may reach 1.9 billion m[4] by 2030 as the result of current development, transboundary water abstraction and climate change, which will cause irreversible degradation of the entire ecosystem with growing economic damage and social consequences similar to the disaster of the Aral Sea.

However, the lessons have not been learned: the current state program for water resources management in Kazakhstan repeats previous approaches and does not set the main goal of preserving this vulnerable ecosystem as an indispensable and key condition for sustainable development of this region. The program is focused mainly on the goals of economic growth: an increase in the area of ​​irrigated land and the construction of new reservoirs, with an increase in budgetary expenditures and the loss of the very possibility of saving this unique ecosystem, on which the well-being of millions of people who live there depends.

With all the understanding of this problem and undeniable arguments, the government is not ready to change the management, while maintaining their destructive resource-based approach. At the same time, the transition to ecosystem management will make it possible to stop growing environmental threats, adjust existing programs, clarify the links between all stakeholders and identify actions that are important not only for preserving the natural basis of social well-being and economic development, but also for the sustainability of all the sectoral and territorial programs and private sector projects that are being implemented.

Back in 2007, the government of Kazakhstan adopted a resolution based on the recommendations of the EU project on integrated management in the Balkhash-Alakol basin which stated the following: ‘The existing basin’s territory management system based on fragmentary powers and short-term actions does not provide basin’s current problems solution and the territory development, and doesn’t contribute to the consolidation of the actions of central and local authorities, the state, the civil society and the private sector. “One of the main results of the analysis is the conclusion about the need to improve the management system in the Balkhash-Alakol region as a key condition for launching and implementing the program, the transition to integrated planning and management, and the involvement of the existing potential of the region.” The decree instructed “to study the possibilities of introducing ecosystem management on the basis of the basin principle with an international examination of the project called “Regulation on the basin management body”. “In general, the basin management system being formed will set the parameters for further improvement of the administrative-territorial organization of the region and the territory planning system.” Thus, an attempt was made to transition to ecosystem management. But decisions at the governmental level were not enough and more basic changes were required.

With an ecosystem approach in relation to this basin, the current main goal of the state program for providing water to economic needs remains, but will be linked to a higher level goal – the conservation and restoration of lake and river ecosystems, including the protection of water sources and catchment areas, mountain and forest ecosystems, emission, discharge and waste reduction. The integrated sum total of all plans and actions in the basin should be a lake level of at least 341m, which means the maintaining of a balance between inflow and discharge of water – the main indicator of all SDGs for this significant region – an indicator of coordinated and sustainable economic activity and social well-being in the basin.

To achieve this goal, it is necessary to solve the three main following tasks:

Each task will require correction of all goals and programs in various sectors of the economy: agriculture and public utilities, energy, industry and other sectors – with reasonable quantitative and interrelated indicators, e.g.:

Only the holistic management of the above mentioned and other sectoral and territorial programs will ensure the preservation of the ecosystems of the basin for the sustainability of economic activity and social well-being in this large region and support of the global SDGs at the national level. 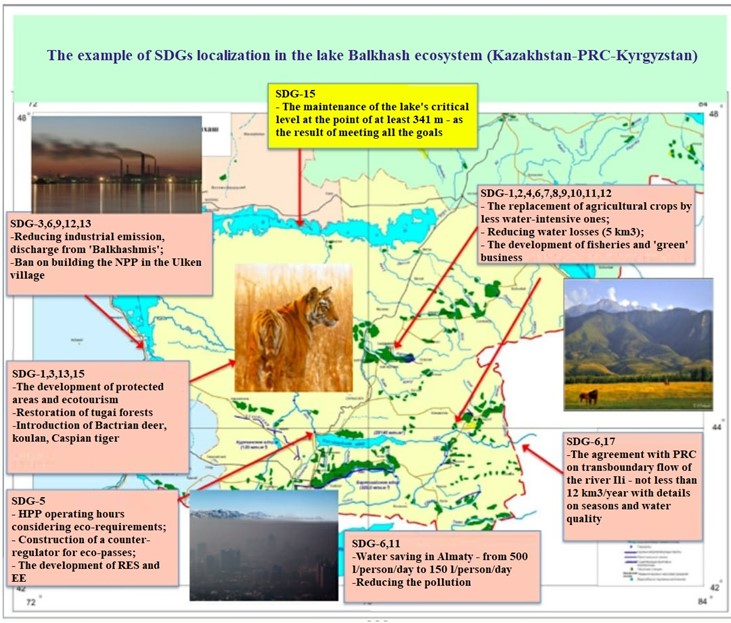 The world has accumulated various experiences in the transition to ecosystem management. Many countries adopted special laws, for example, in the USA back in the 50s a specific Basin Management Law was adopted to stop sectoral conflicts and halt environmental degradation in the Tennessee Valley. The EU, Canada, Japan and other countries have also adopted laws and special programs and mechanisms to support ecosystem management.

At the same time, successful international experience shows that:

In Kazakhstan, such reforms are possible through the adoption of the “Law on Lake Balkhash” with the main directions and clear objectives of the program, with the creation of an authorized governing body. At the same time, the creation of a basin management working body is a primary and necessary condition for launching such a program. To overcome alienation, market economy failures and fragmented management, transferring conflicts between the state, business and the public into engaged cooperation, it is proposed to create a management in the form of a basin social corporation. Its main difference (from industrial and financial corporations) is that the activities of a social corporation are aimed at integrating social, environmental and commercial effects. With that, long-term environmental and social goals are a priority, and management mechanisms stimulate the development of green sectors of the economy and restrain the desire for profit at any cost – at the expense of the destruction of natural and social potential.

Basin social corporation “Balkhash” as an open joint-stock company with the participation of the public, the state, business and all natural resource users:

The basin management system will change the ongoing destructive processes. Financing decisions for any programs and projects from state, local budgets and the private sector, as well as new projects in the basin will make the maximum contribution to the achievement of common goals, thereby increasing the sustainability of all sectoral, territorial and business sector programs. The existing systems of planning, monitoring and control, education, information sharing and public participation shall also be improved in the interests of all parties.

The new management model will allow to go beyond the traditional choice at the practical level: «economy or environment» and will open a new perspectives for the population and business. It will provide governments with innovative solutions to achieve the SDGs, develop green economy and sustainable employment, and take control over growing social problems and dependence on climate change, while improving the quality of life and environmental sustainability.

The Covid-19 crisis showed that nature, health, inequality and the economy are interconnected, and that humans are at the center of the development. Kazakhstan can create an innovative model of responsible and wisdom management to avoid serious consequences and to support the global transition to a green economy.