Ecosystems or landscapes provide multiple ecosystems services. Sometimes the simultaneous delivery of several desired/demanded ES is not possible, strongly inhibit each other, or initiate conflict: we talk about “ES trade-offs”. On the other hand, the delivery of some ecosystem services enhance the delivery of other ecosystem services: in that case, we talk about “synergies”. A trade-off can potentially result in a conflict between users, depending on who bears the burden and who benefits from the ES supply (TEEB, 2010; Turkelboom et al., 2017).  END_OF_DOCUMENT_TOKEN_TO_BE_REPLACED

Setting the ground to advance MAES in Europe´s overseas

Mapping and Assessment of Ecosystems and their Services (MAES), as part of the EU Biodiversity Strategy to 2020, is entering a new phase in the Outermost Regions and Overseas Countries and Territories of the European Union. With the Kick-off of the MOVE-ON Project, the European Commission funded another initiative to enhance work on ecosystems, their services, biodiversity and condition in the EU Overseas. END_OF_DOCUMENT_TOKEN_TO_BE_REPLACED

There are a number of recently accomplished and currently ongoing studies from the Centre for Ecological Services Management at the Indian Institute of Forest management, Bhopal, India. Read more about each of the studies in chronological order: 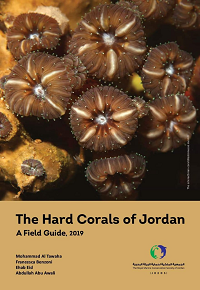 The Royal Marine Conservation Society of Jordan (JREDS) was founded in 1993 by a group of concerned Jordanian ecological divers, led by Her Royal Highness Princess Basma Bint Ali, one of the first female divers in Jordan. In 1995, the initiative became the first specialized Jordanian non-profit, non-governmental organization dedicated to the conservation of the marine environment in Jordan. Jordan’s 27 km coastline at the Gulf of Aqaba is the country’s only sea-outlet, a very attractive tourist destination at the Red Sea, and home to one of the best snorkeling and diving coastlines in the world. Yet, the fragile underwater ecosystems are permanently threatened by economic activities, environmental pollution, and climate change.

Recently, JREDS has released the first field guide on Jordan’s hard corals, which provides a comprehensive review and details on numerous hard coral species at the Gulf of Aqaba. END_OF_DOCUMENT_TOKEN_TO_BE_REPLACED